This documents the XR Climate Emergency vigil held outside Edinburgh City Council in Feb 2019 just after they had passed a motion to declare a climate emergency along with many other councils in the UK.

I conceived this vigil in partnership with XR Edinburgh to bring people together to collectively express the grief and hope we needed to share at that time of societal paradigm shift in acknowledging the climate crisis. Twelve people each held a handbell, generously lent out by St Mary’s Cathedral to ring out the number of years left before 2030. This date is widely agreed to be the year by which we need to reach ‘net zero’ in carbon emissions globally. The bells were rung in a cadence and then simultaneously chimed twelve times, eleven times, ten times, to signify the decreasing number of years left. Candles in the form of the extinction symbol on the ground served as a focal point for the creative action. Poems, short speeches and humming meditation were expressed during the vigil. Many passersby stopped and joined in this solemn but beautiful occasion.

A clip from the vigil 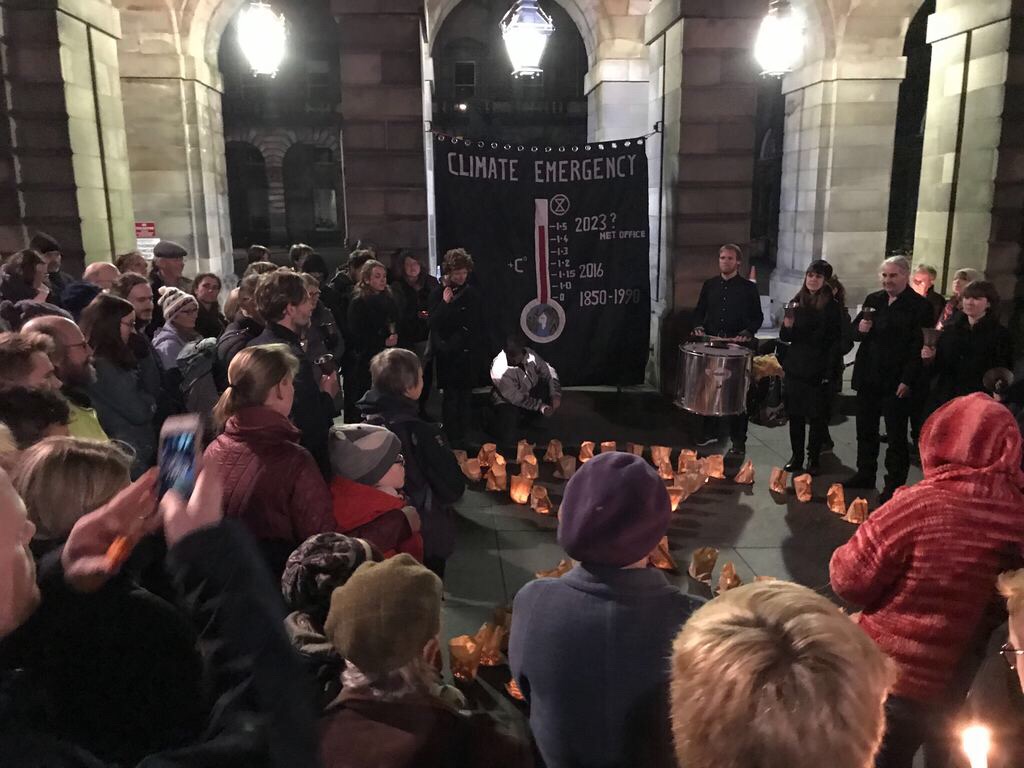 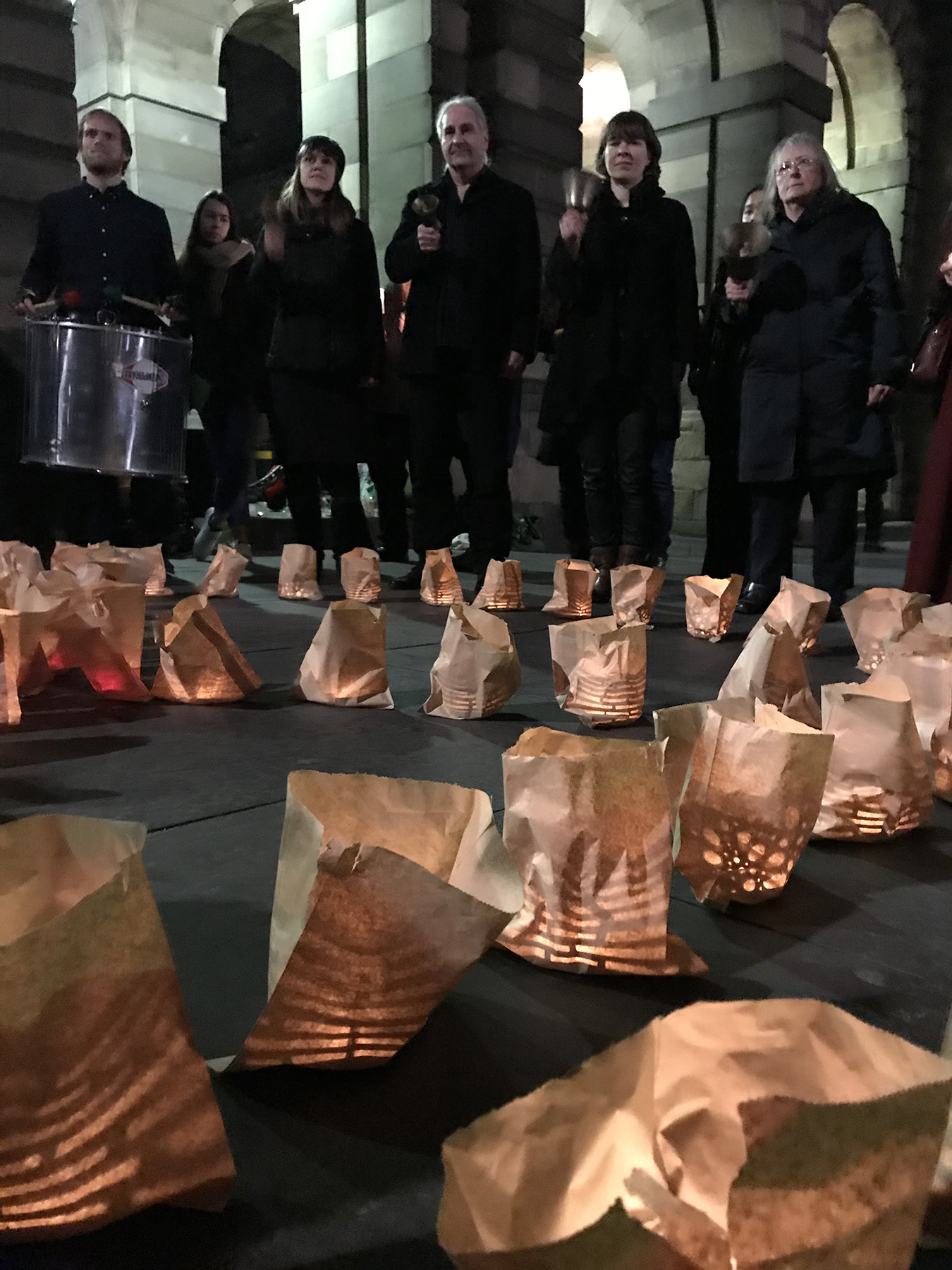 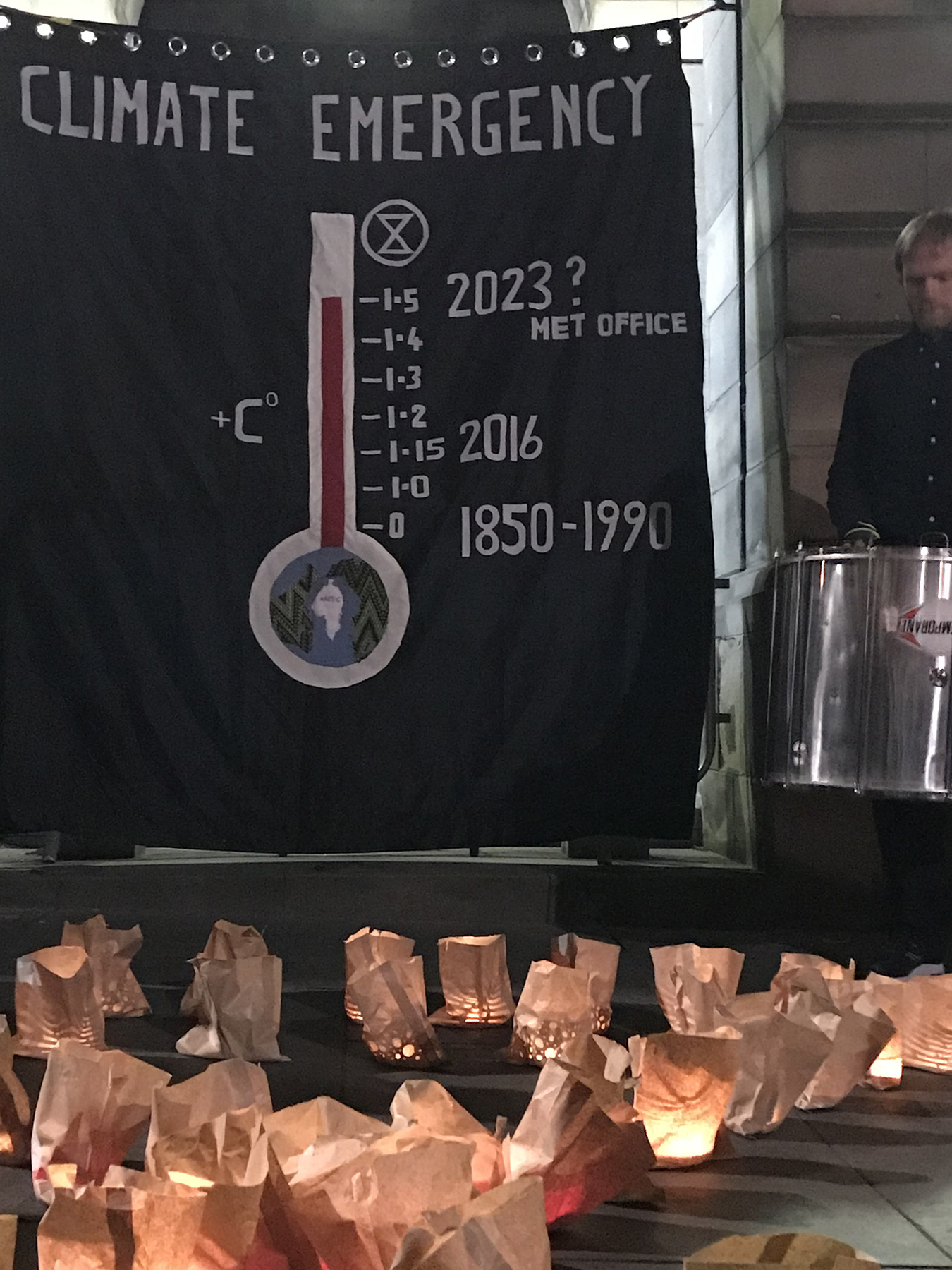 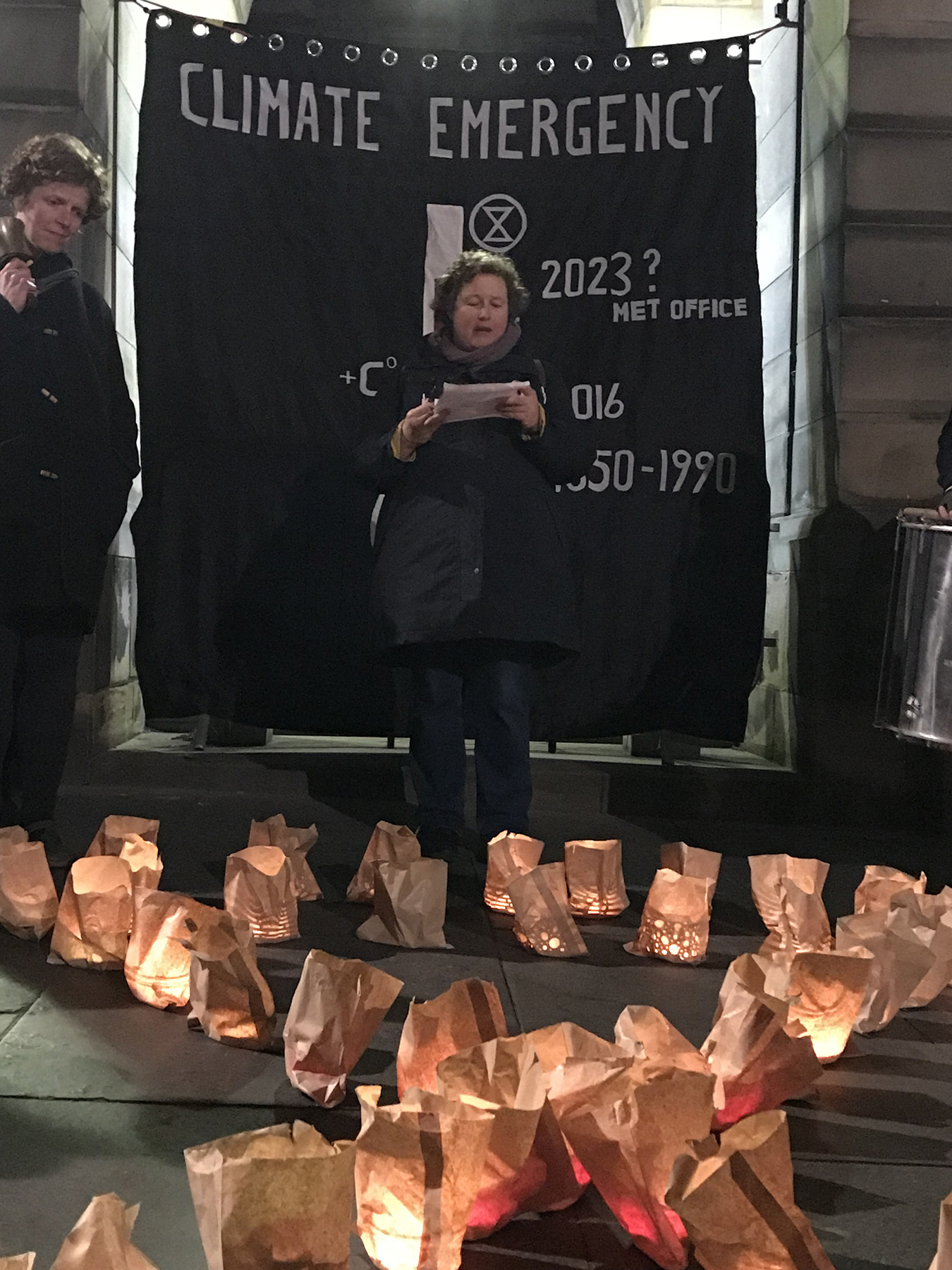 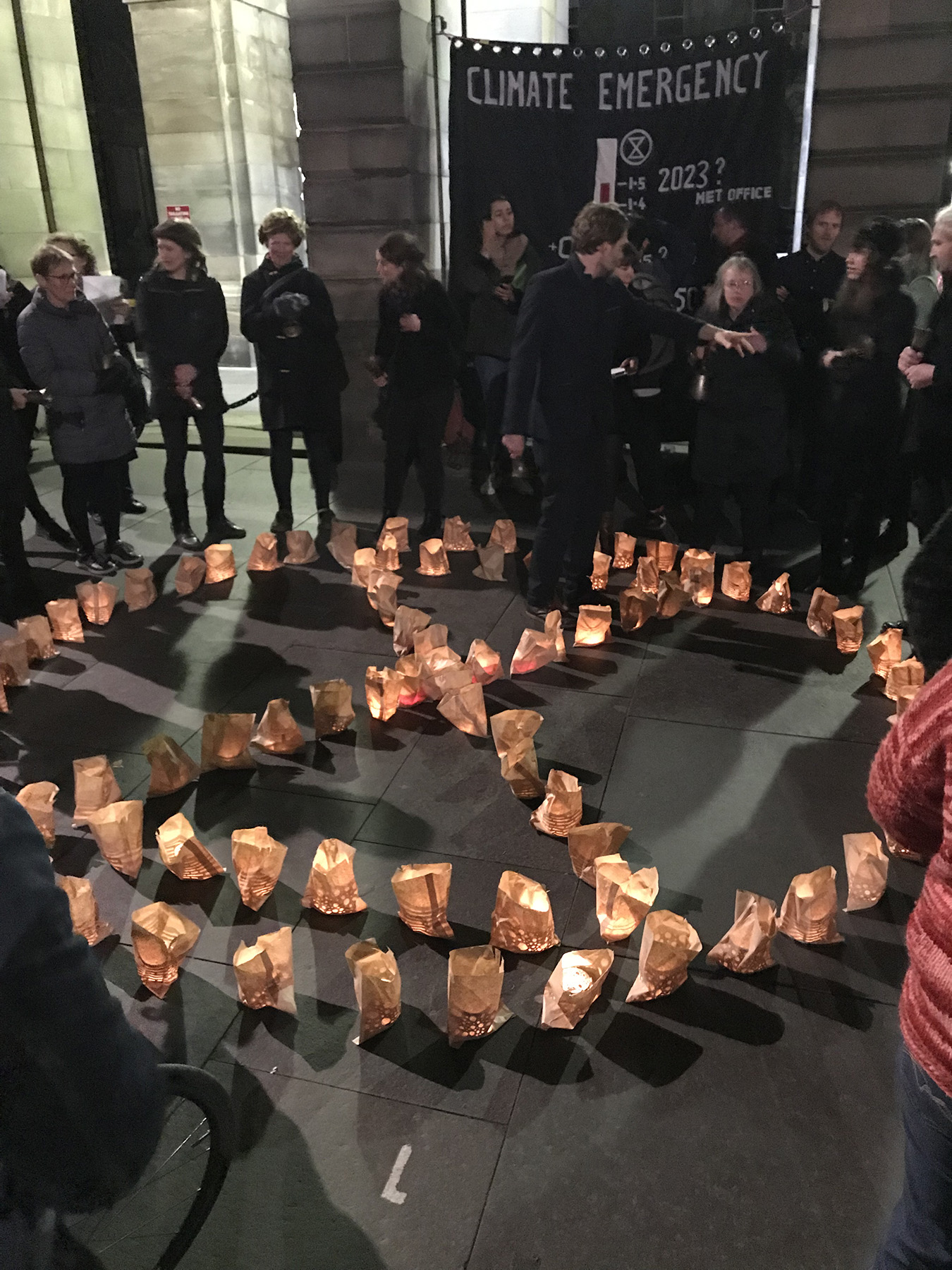 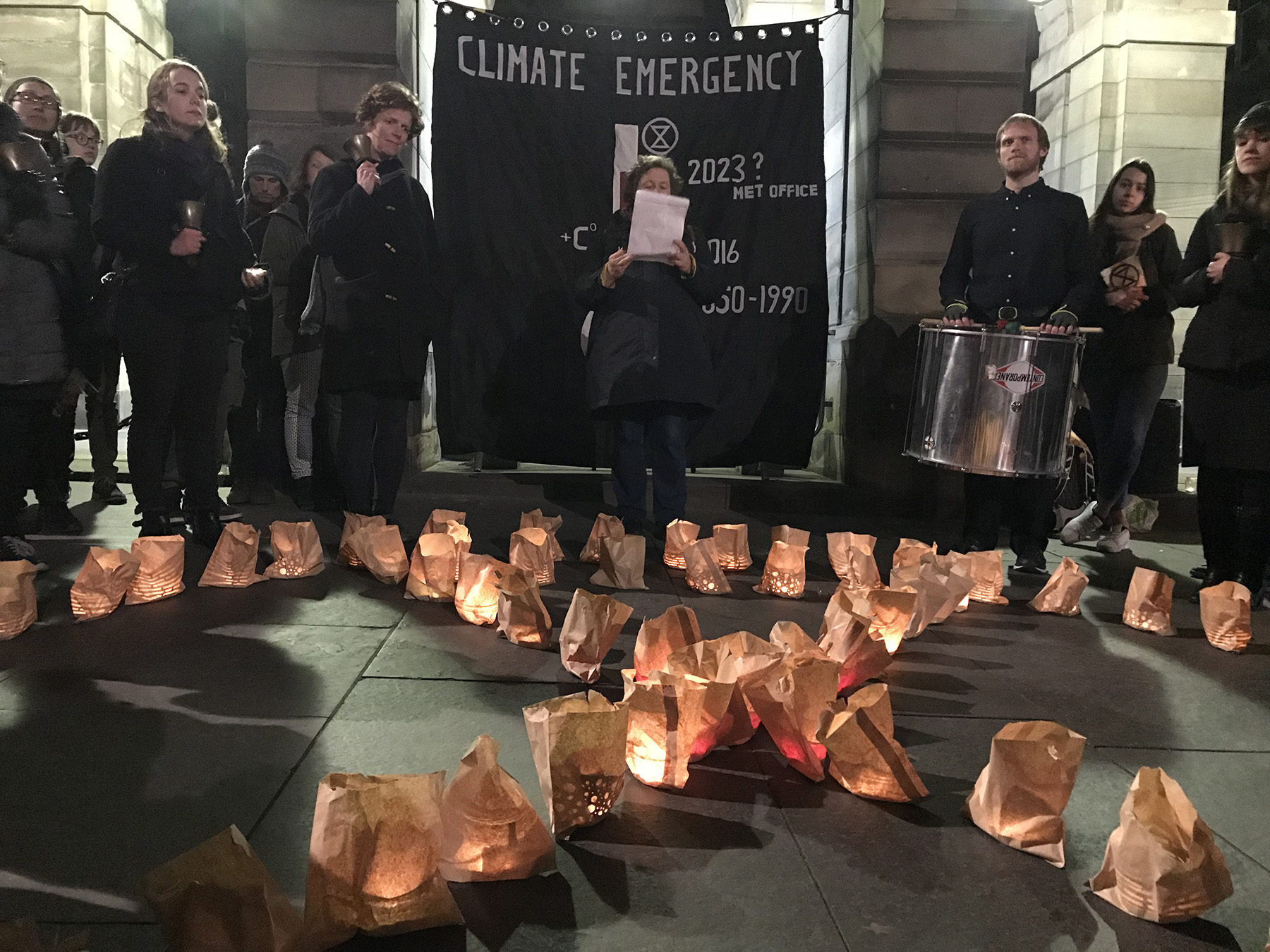 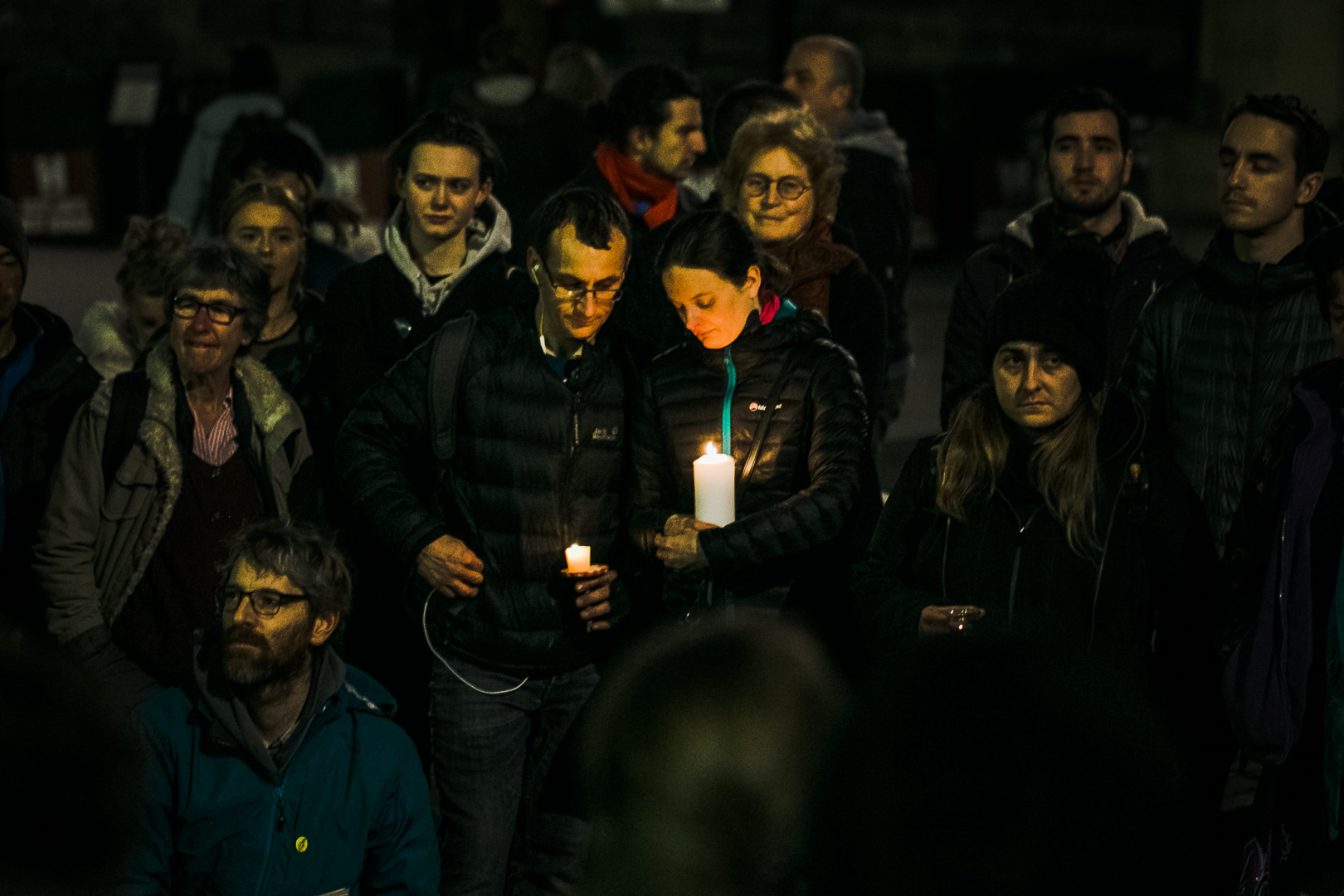 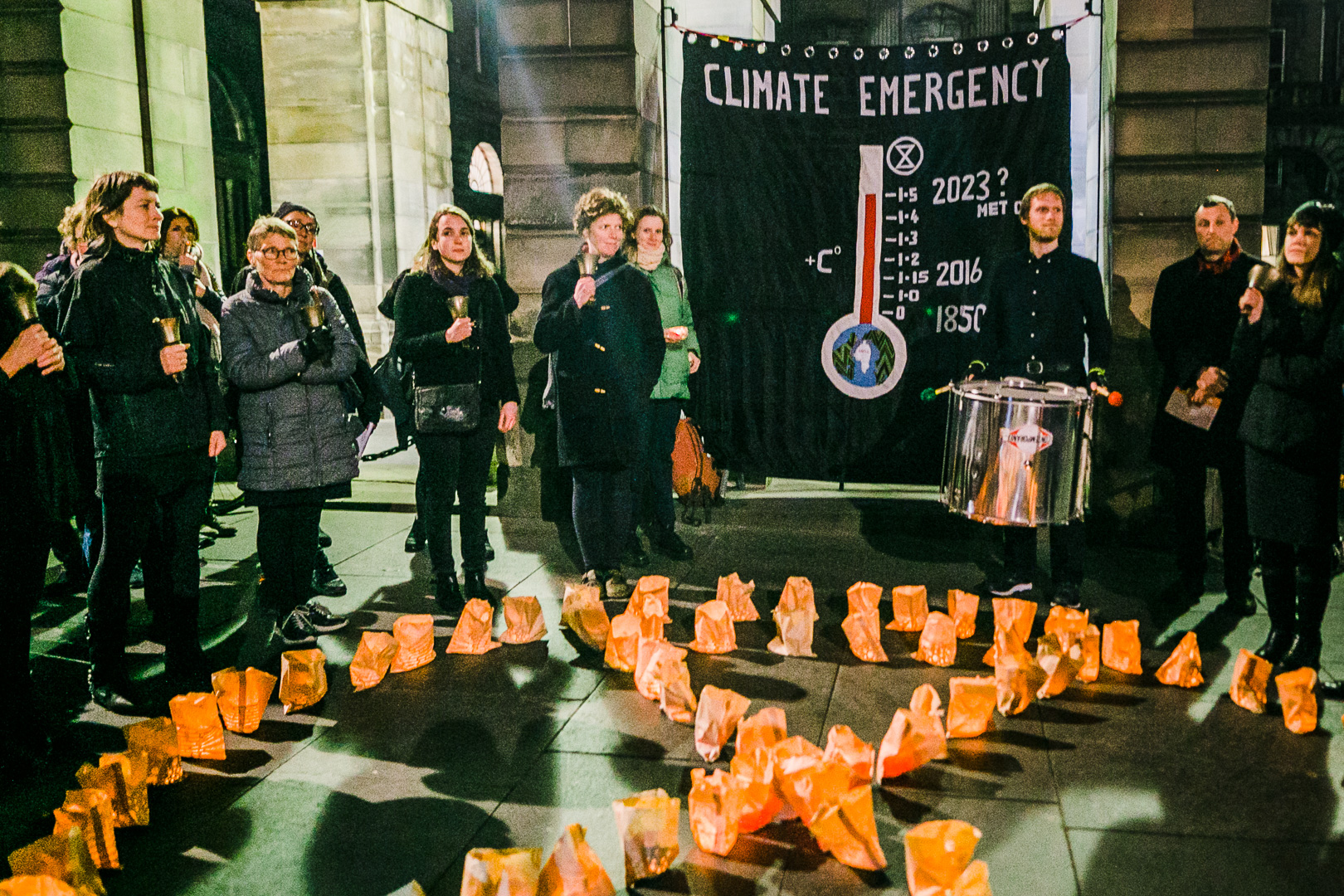 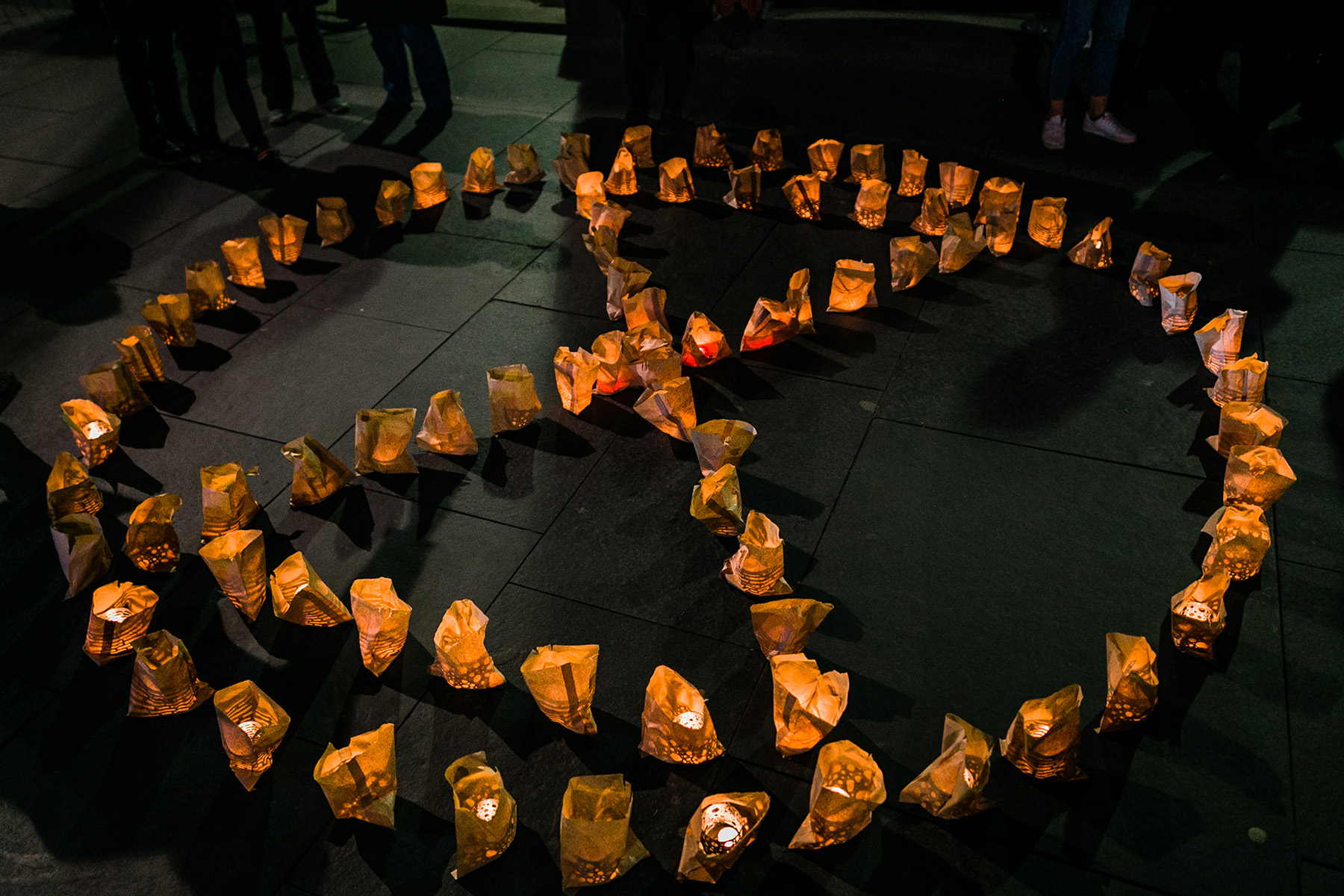